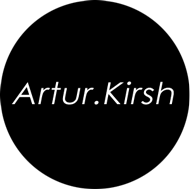 Artur Kirsh began his journey into the world of styling and cosmetology at the age of sixteen, and since then has acheived the stature of one of the nation’s premier stylists. The demand for Artur is not just fueled by his expert technique in the realm of cut and color, but also by the unique vision he brings to addressing each client’s needs.

He was born and raised in Russia, and moved to New York in the mid-1990’s, where he quickly made a name for himself as a promising young talent on the rise. After gaining experience at a Manhattan studio, Artur moved to Philadelphia and began the process of transforming himself into the star he is today.

Since then, Artur has gained a reputation among women of influence and taste as the go-to stylist for the exclusive, glamorous service that they demand. Over the years, he has styled luminaries that range from stars from the local CBS3 news team to national broadcasts at NBC, CBS, and ABC. Celebrities in Artur’s styling repertoire include Celine Dion, Kathy Griffin, Nicole Miller, and Ken Downing. He has styled the supermodels of New York and Milan’s Fashion Weeks, the Chanel Trunk Show, Christian Louboutin Fashion Show at Neiman Marcus, the Carmen Marc Valvo Fashion Show, and the Derek Lam Fashion Show. For all of his national and international renown, however, Artur Kirsh retains a humble approach to his work and a selfless demeanor to his person.

For Artur Kirsh, the focus remains on clean, consistent styling and on pushing the envelope in his constant search for styling perfection. As a result, his “dry cutting” method and custom coloring techniques only serve to enhance his already sterling reputation as a visionary in the world of style.